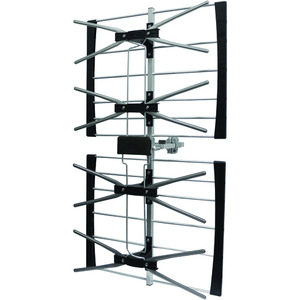 The original product selected is no longer available to purchase.

ANTENNA UHF PHASED ARRAY 50DB SHIELDED 4G FILTER A television antenna (TV aerial) is an antenna specifically designed for use with a television receiver (TV) to receive over-the-air broadcast television signals from a television station. An antenna is a device that transmits and/or receives electromagnetic waves. Electromagnetic waves are often referred to as radio waves. Most antennas are resonant devices, which operate efficiently over a relatively narrow frequency band.

Not the product you were looking for? Check out other items in the TV Antenna 